As a Central Florida local, it’s easy to forget that inspired chefs are creating innovative menus in hotels and resorts around Orlando. These specialities are particularly fun when they’re inspired by a holiday like St. Patrick’s Day. Sometimes, you need to play “tourist” and check out those restaurants too. Why should the snowbirds have all the fun? In every print edition, Edible Orlando covers the Resort Report beat for the latest on openings and new menus.

Of course, restaurant openings, promotions, and new dishes are always making news around town. Edible Orlando writer John Graham is on the watch for what’s new and newsworthy and each week, sorts out the top five in and around Orlando. Of course, St. Patrick’s Day is Thursday, so that day gets its own little mini-guide, but check out everything that’s going on. 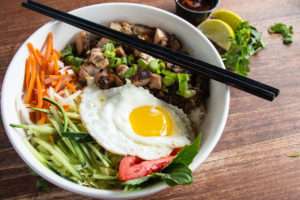 Nothing tastes better than BOGO.

Friday, Saturday, and Sunday, Viet-Nomz is celebrating the grand opening of its third location in Central Florida, this one in Lake Mary near the intersection of W. Lake Mary Blvd. and Rinehart Rd. The fast, casual spin on Vietnamese food is built around pho and rice bowls, street tacos, banh mi and bao. For the grand opening, there will be a prize wheel Friday and Saturday until 5 p.m., Amy’s Mooncakes will hold a pop-up Saturday morning, and Sunday is BOGO bowls all day. The first two Viet-Nomz are in Winter Park on University Blvd. and Orlando near Waterford Lakes Town Center.

Grace and Rachel at Nomad Bakehouse on Delaney Ave. share a birthday, March 8, but more importantly for us, they’re celebrating a few days later on Saturday with a brunch party pop-up. Usually, Nomad bread and pastries are pre-order only, but they will have fresh baked goods on hand as well as a visit from Totally Coffee. They’re promising new items as well as favorites such as the sourdough bread and sourdough doughnuts. (BTW, that’s Nomad challah up there at the top of the page). If you’re a Nomad Bakehouse fan, check out all the other folks who are also listed in the Edible Orlando Artisan Guide. Orlando is loaded with local artisans who craft delicious food and drinks from scratch in small batches and using quality ingredients. 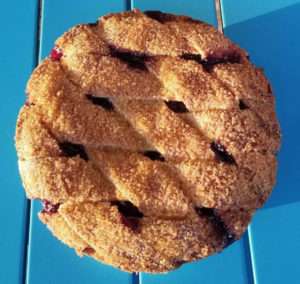 Monday is “Pi Day,” 3-14 being close to the non-repeating mathematical constant π, which of course everyone knows starts off as 3.14159… To celebrate, P is for Pie Bake Shop will be offering Pi specials on Monday. (They’re usually closed.) Whole pies will sell for $31.40, three slices for $14, or Mason jar and mini pies for $3.14 each. The bake shop will open at 8 a.m. and go until 2 p.m. or when they sell out. Promised pies include strawberry pineapple, pecan, cherry crumb, and banana cream. 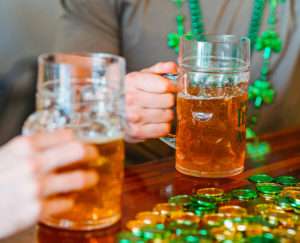 Every Irish bar in town will be celebrating St. Patrick’s Day on Thursday. Here’s a few that at least have a little Irish (or Irish-American) food mixed in there too.

The Sullivan, A Public House in Downtown Sanford is also doing Kegs & Eggs starting at 9 a.m. They’ll have Irish bangers, corned beef hash with an egg, and Bloody Mollys (Irish whiskey instead of vodka). They’ll also get a live musician up that early!

Harp & Celt Irish Pub in Downtown Orlando will have all the usual stuff – live music, drink deals, outdoor beer garden – but they’ll also be serving up corned beef and cabbage starting at 11 a.m. CB&C isn’t on the regular pub menu because it’s more an Irish-American thing than straight-up Irish.