If you’re looking for things to do in Orlando this week, do we have some great ideas for you! Read on for five ways to enjoy some food-focused fun in Orlando, all hand-selected by local John Graham. 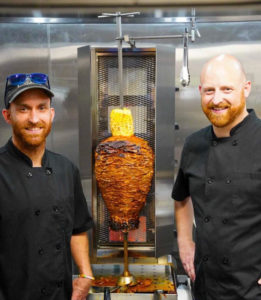 Winter Park’s popular Hunger Street Tacos now has a second location inside Winter Garden’s Plant Street Market. Soft open started on Tuesday, Aug. 24 so be nice if they’re still settling in and aren’t running a full menu. HST specialties include both tortillas made by hand each day from heirloom Mexican corn and tacos el pastor with marinated pork sliced off a vertical spit. Maybe pop over to neighbor Crooked Can Brewing for a Florida Sunshine Lager.

About 90 minutes drive west from Orlando, Brooksville’s The Olive Orchard is starting its annual harvest. That’s 300 organic olive trees! You can celebrate the orchard’s Harvest Party, 10 a.m. – 5 p.m. on Aug. 28 and 29, with fresh-pressed olive oil, cured olives, workshops, live music, and food. Admission, sampling, and tour are free and so are most of the seminars. You can also shop for extra virgin olive oil, olive leaf tea, olive oil soap and more. Check out The Olive Orchard for details or if you want to register for the $45 soap-making class.

Ziggie’s Pizza has taken over the spot in the Ivanhoe Village neighborhood vacated by Perla’s Pizza. Mike 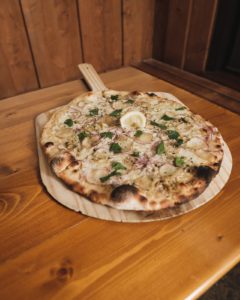 Collantes of Taglish has departed the original partnership inside The Thirsty Topher, but Christian Ziegler remains. (Ziegler … Ziggie’s … get it?) Some creative pizzas will look familiar to Perla’s fans, but one new pie (Wu-Tang Clam) includes clams, white anchovy sauce, potatoes, garlic and lemon. Hours may change, but Ziggie’s is currently open Wednesday through Sunday.

September is National Bourbon Heritage Month and it turns out vampires can be bourbon fans. Actors Paul Wesley and Ian Somerhalder played brothers Stefan and Damon Salvatore on “The Vampire Diaries,” drinking together on- and off-camera. That led to their own bourbon, Brother’s Bond. High in both corn and rye, Brother’s Bond is sweet and spicy. Monday is technically still August, but Somerhalder and Wesley will be celebrating bourbon’s month, live at 6:30 p.m., on the ABC Fine Wine and Spirits Facebook page. They’ll answer fan questions, talk about Brother’s Bond, and make a few cocktails.
À La Cart, the Orlando food truck and craft beer courtyard, has restarted its Monday Nights Movies series. 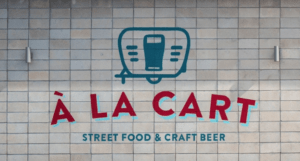 This Monday, Aug. 30, the flick will be 1994’s “Dumb and Dumber” with Jim Carrey and Jeff Daniels.” Movies start just after sunset and since it’s free, it’s popular. (No outside food or drink.) Get there early and bring blankets or low-back chairs for the lawn. You can get more info on upcoming Monday movies by signing up for À La Cart e-mail updates.
For more inspiration, visit our archives.
Share. Twitter Facebook Google+ Pinterest LinkedIn Tumblr Email