With all the ways the local dining scene has grown over the years, these old-school eats in Orlando have withstood the test of time — even through the Covid pandemic, which says something about their loyal fanbase.

Running the gamut from a busy beachfront dive to a fine-dining French restaurant, these are our favorite Orlando-area dining establishments that have been in business for at least 40 years—most of them have been in operation for 50+ years. Read more about some of our favorite new-school restaurants here. 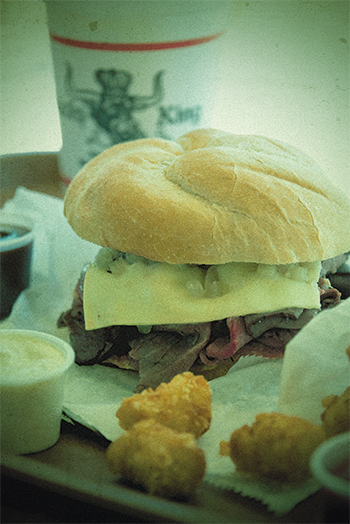 Beefy King hit the half-century mark in 2018 and is now under the watchful eye of the third generation to stand at the meat slicer and stack paper-thin slices of roast beef on a white bun. There might be more on the menu, but regulars queue up for an extra-large beef sammie topped with cheese and onions and a side of crispy tater tots. Then, they grab squeeze bottles of hot barbecue and horseradish sauce before heading to one of the bar stools or laminated tables. Freshly brewed sweet tea is the drink of choice.

You know there’s a newcomer in line if they’re ordering pastrami, corned beef or, heaven forbid, a veggie sandwich. Insiders know to order their beef medium rare. Afterwards, it’s heated over a steam vent that keeps the meat moist before it’s stashed in a bun, wrapped in white paper and into your hands. A simple masterpiece. —Pam Brandon

It doesn’t get more local or more lively than The Catfish Place, where every week the kitchen fries up more than 6,000 pounds of catfish caught daily in Lake Okeechobee. Both boneless fillets and bone-in fingerlings come adorned with a light dusting of corn meal, all the better to appreciate the fish’s sweet flavor and the standout Southern sides of slaw, homemade hash browns or zipper peas (in season). Local lakes also provide soft-shell turtle and gator, and the fryer yields excellent pork chops and chicken livers in addition to seafood.

Judy and Steve Johnson opened the doors in 1973, and Judy continues to run it with their children, Deana and Randy, along with a handful of other staffers who have worked there for more than 20 years. After a visit, it’s easy to understand the appeal of this Florida institution. —Kendra Lott

For generations, Central Florida families have been loading up the kids in the car on a Saturday or Sunday morning and making the hour-long pilgrimage to Old Spanish Sugar Mill to gather ’round a communal griddle-top table. It’s all about the pancakes, stone-ground, white or gluten-free vegan batter that you pour from plastic pitchers, creating the quintessential breakfast treat. Youngsters’ eyes light up as they add their own toppings: fresh blueberries, bananas, chocolate chips, apples, pecans, even peanut butter. There’s bacon and ham on the side, or you can fry up an egg, but most guests focus on perfecting the flip of that golden flapjack and a drizzle of raw honey, syrup or molasses.

The restaurant opened when Peter Schwarze arrived in Florida in 1961 and found the 17th-century sugar mill scheduled for destruction. But the fifth-generation grist miller saw a treasure worth saving. He leased and restored the mill and started grinding flour again. His descendants still run the place. Expect a wait unless you’re early risers, as there are no reservations except for parties of 10 or more. But the charming restaurant sits right next to a spring named for legendary explorer Ponce de León, so just enjoy the great outdoors or take the leisurely boat tour down Spring Garden River—they promise you won’t lose your place in line. —P.B. old-school eats in Orlando

There aren’t many seats at the counter at Kappy’s, but that doesn’t deter the scores of devotees who have frequented this drive-up diner since 1967. Most folks wait at an outdoor picnic table and grab their brown-bagged orders to go or to eat in their parked car. But they’re missing the best part of the Kappy’s experience: watching rectangular mounds of meat sizzle on the griddle while the cook tops them with cheese, onions and other fixings before putting the whole spatula full in a soft white sub roll.

Philly fans will prefer the classic cheese steak with sliced ribeye with provolone, but locals love Kappy’s own version with ground chuck and American. Cold subs, shakes and fried sides round out the menu. —K.L. 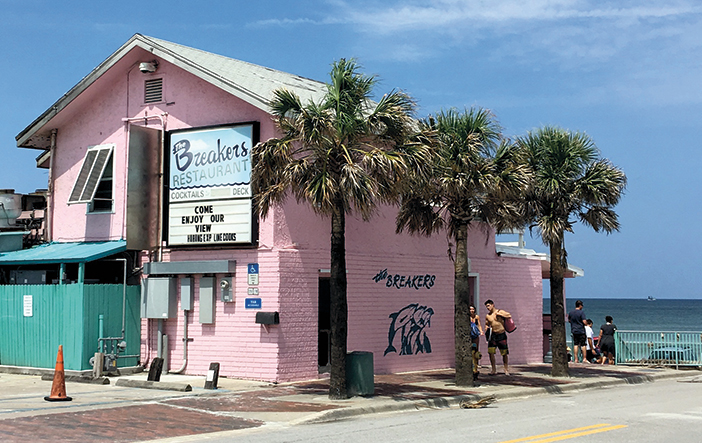 While The Breakers has only operated under its current ownership since 1990, the landmark building has served casual fare to flip-flop-clad beachgoers since the very beginning of the 20th century. There’s plenty of seafood on the menu here, but it’s really all about the burgers. The hefty half-pounders come topped with 15 different combinations of cheese, chili, bacon, pineapple and jalepeños, providing a solid base for a draft or a daiquiri in a plastic cup. Panoramic views of the Atlantic included. —K.L. 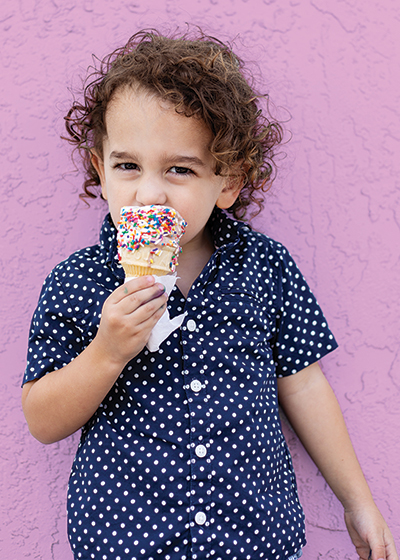 Ed Goff opened his quick-serve ice cream spot in 1948 when Orange Blossom Trail was a scenic thoroughfare for tourists dotted with motels, restaurants and citrus groves. Goff sold the business in 1972, but the freestanding cement building still stands at its original location 50 years later, though today it’s situated between a church and a mobile phone shop. Still, the thick shakes, dipped soft-serve cones and hot fudge sundaes can almost make you forget the bustle of the busy highway and, if just for a moment, transport you to a simpler time. —Katie Farmand

Linda’s La Cantina began as an Italian restaurant in the 1940s and slowly evolved into the stalwart steakhouse it is today. Though it has seen its share of crises, from a fire that destroyed the restaurant in 1994 to family drama involving ownership, the dependable establishment has soldiered on through three name changes, three buildings at the same location and, most importantly, the evolving dining landscape of Orlando.

The retro menu mostly features steak—and that’s what you should stick to when you order. The appetizers and other entrées are mostly forgettable, but the hand-cut steaks are always perfectly seasoned, perfectly cooked and reliably delicious. The decor is casual and nostalgic—no stuffy waiters or crisp white tablecloths here—and that only adds to the charm. This is Orlando at its most nostalgic. —K.F.

Le Coq Au Vin was the special-occasion dining spot when it debuted in 1976, with Chef Louis Perrotte holding court in the cozy dining room, turning out classic coq au vin and airy soufflés. When it came time for him to retire in 2007, his longtime pal Chef Reimund Pitz was the logical heir to the kitchen. German-born Pitz climbed the culinary ladder with Disney and continues to cultivate young talent through his involvement with the American Culinary Federation.

The award-winning chef loves most to be in the kitchen at Le Coq Au Vin, with wife Sandy running the front of the house and sons Baron and Cory also on the team. And in a world of flash-in-the-pan culinary trends, he continues to make everything in his kitchen from scratch, starting his days at 6 a.m. He’s a master at sauces, which may be the reason the scallops topped with crab in a Cajun béarnaise are a top seller on the menu, along with rack of lamb and duck two ways roasted in lavender honey. Pitz respects the classics: escargot, coquilles St. Jacques, foie gras and a real-deal French onion soup have never left the menu. This isn’t nouvelle, it’s classic French.  —P.B.

Lee & Rick’s opened in 1950 as a 9-stool bar serving only oysters. Rick, who would drive to the Panhandle weekly and load his pickup truck with Apalachicola oysters, had seen similar establishments in his travels and wanted to bring the concept to Central Florida, which was the first of its kind here. He and wife Lee ran the restaurant in the front and raised their family in their home behind the bar.

Their eldest son still runs the restaurant today, which has grown to include an 80-foot concrete bar and a restaurant with a full menu that includes fried seafood, steamed crawfish and chicken wings. Oysters are still the reason to visit—they’re fresh, ice cold, and theatrically shucked at the bar. Served with a sleeve of saltines and squeeze bottles of hot sauce, drawn butter and cocktail sauce, the only other thing you need is a cold beer. It’s the perfect simple—and delicious—pleasure.  —K.F.