Nancy Butler and Kendra Lott find food and fun for Gens X  and Z and everyone in between. (photo above courtesy of Nashville Convention & Visitors Corp.)

After dreaming of crossing state lines and escaping Florida’s humidity for the past year, the journey became just as exciting as the destination when we arrived at Orlando Sanford International Airport, faces covered and hands sanitized. Our direct flight to Nashville on Allegiant Air was just $35 each way, and the airport and airline enforced mask-wearing and social distancing in the terminal and on board. In less than 90 minutes, we landed in the bustling Southern city of country music and nationally recognized food. 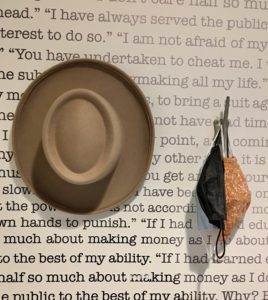 Nashville necessities at our home-away-from-home, the Kimpton Aertson.

The design-forward Kimpton Aertson Hotel in Midtown was our home-away-from-home for the weekend, a AAA Four-Diamond boutique hotel with smartly designed rooms with floor-to-ceiling windows overlooking the city. And it features a trifecta of convenience: The Henley contemporary brasserie serving Southern classics and craft cocktails; a spa for unwinding, and a rooftop pool with expansive views of the city and nearby Vanderbilt University.

Nashville’s distinct neighborhoods can be far from one another, and ride shares get pricey. We love walking, but not necessarily along the shoulder of a busy street, so after some trial and error we planned our outings geographically.

There are loads of bucket-list options within a five-minute walk of the Kimpton Aertson, so check off a few as your time and appetite allow. Within two hours of touching down at BNA, we chowed down on hot chicken for two (pictured right) at Hattie B’s.

It’s an easy, 15-minute walk to Centennial Park, a 132-acre green space with trails, a playground, an arts center, and a full-sized replica of the Parthenon from Athens, Greece. The century-old structure is exact to every detail, including a 42-foot statue of the goddess Athena inside. The Parthenon also houses an art museum that is open during the day and requires a small fee (tickets are $10).

Back in Midtown, stroll along Music Row to see the heart of country, gospel and contemporary Christian music amidst record label firms, radio stations and recording studios. Nancy recommends popping into The Baked Bear for a custom ice cream sandwich (chocolate chip cookies with blackberry crumble ice cream is a particularly divine combination). At night, Demonbreun Street features the same talented bands, bubbling energy and cheap drinks as downtown, but in a smaller strip perfect for bar hopping. Nancy enjoyed the bars on Division Street, which were packed with Vanderbilt and Belmont students, while Kendra favored the upscale bars near the hotel, like Nada and The Ainsworth. 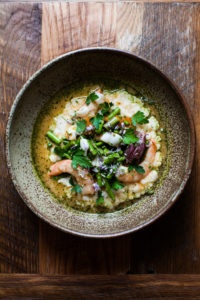 Start with brunch at Husk, where Executive Chef Katie Coss redefines Southern classics with high quality, local ingredients. The menu changes often based on what is regionally available, and their extensive wine list features wines from their own vineyard in Argentina. Nancy loved the savory, peppery biscuits and rich shrimp and grits (pictured right) while Kendra paired a freshly juiced Bloody Mary with crawfish eggs Benedict. Kendra needed a double espresso from nearby Crema, an ethically sourced, carbon-neutral coffee shop, before Nancy dragged her into the Country Music Hall of Fame, a must-see museum honoring the history and traditions of country music.

Continue your musical immersion in the Music City Walk of Fame Park, the Musician Hall of Fame and Museum and the Ryman Auditorium, where you can see performances or tour the celebrated venue. Between museums, Nancy stopped for a pulled-pork sandwich at Martin’s Bar-B-Que Joint­, Nashville’s finest whole-hog barbecue. Frist Art Museum features rotating exhibits that honor local artists, American history and iconic styles such as Picasso’s fascination with the human figure. (Book your tickets in advance, as entries are limited due to the pandemic.) Nancy loved Pinewood Social, a chic restaurant that doubles as a relaxed coffee shop by day and lively bar by night. Try the crispy fried broccoli with a Some Strange Rain–a cocktail made with London gin, orange, fennel, ginger, blackberry, and mint–while bowling at their private alley. 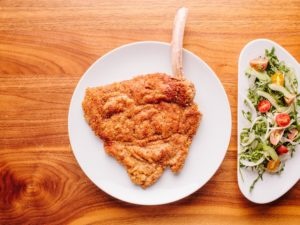 Dinner at Yolan, the sleek and contemporary restaurant in The Joseph hotel, will be a highlight of your trip. Michelin-starred Chef Tony Mantuano’s painstaking renditions of elevated Italian classics will inspire you to mentally book your next flight to Nashville before dessert. We skipped the tasting menu ($110 for five courses, $140 for eight) in order to hopscotch around the a la carte menu to try dishes that Nancy loved while studying in Italy. Standouts included a perfect cacio e pepe with handmade ribbons of mafalde pasta, and a breaded veal chop Milanese (pictured above) that made us gladly disregard the “never eat anything bigger than your head” rule. 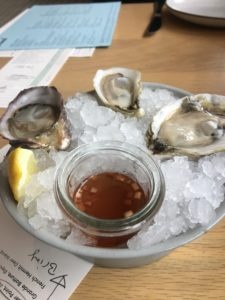 Nashville is the capital of Tennessee, and Germantown is the culinary capital of Nashville. It is fitting that the neighborhood is the location of the Bicentennial Capitol Mall (pictured above), which is open for tours, and the vast State Park in front, which is ideal for picnics. The neighboring Tennessee State Museum contains exhibits highlighting the state’s rich history. We headed to a museum of food, the indoor/outdoor Nashville Farmers Market. The bustling Market House is perfect for a snack or a progressive lunch, and the outdoor Farm Sheds have more than a hundred local vendors. We chatted with the folks at Smokin’ Oaks Organic Farm, who pointed us towards the faded store-front window at Mary’s Old-Fashioned Pit BBQ for what was, hands down, the best pork-shoulder sandwich of our lives. The now-historic landmark on Jefferson Street has been Black family owned and operated since the 1960s — don’t miss it.

With tastings and (currently virtual) tours starting at the top of every hour, it’s easy to squeeze in a visit to Nelson’s Green Briar Distillery. The story of how brothers Andy and Charles Nelson discovered their great-great-great grandfather’s journey from Germany at age 15 to Tennessee whiskey magnate is as compelling as the as the sour mash whiskey recipe they resurrected (the original distillery closed in 1909 when Tennessee implemented prohibition ahead of the curve).

The chic, James Beard Award semifinalist restaurant Henrietta Red caught our attention with their daily cava and oyster happy hour. Create your own flight of oysters (ours is pictured above) from the dozen or so options sourced from across the country and varying in size, brine and flavor profiles. The bright, sophisticated dining room and bar matches the sleek and simple brunch menu. The mussel toast–a slab of crusty sourdough bread from Five Daughters Bakery topped with pureed parsnips, chimichurri  and smoked mussels rocked our socks, as did a butternut squash salad with citrus, cilantro, pistachio and fish sauce.

Half Day: The Gulch 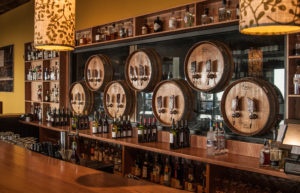 Nashvillians love their brunch, and Nancy loved Biscuit Love in The Gulch, one of Nashville’s newest, jazziest neighborhoods. Pair their cloudlike biscuits with gravy or fried chicken or enjoy them transformed into cinnamon rolls or French toast. Kendra skipped the biscuits in anticipation of day drinking at Nashville’s City Winery. Their monthly Beatles Brunch features one of Music City’s most popular cover bands, Forever Abbey Road, but the real stars here are the wines. Like all City Winery locations — the first was in New York City and has expanded to bring a wine-country vibe to several urban locales — wines are produced in-house by grapes sourced from the finest international vineyards and sold on tap. The 615 Sauvignon Blanc (named for Nashville’s area code) and other selections are unique to this location, and as much care is put into their production as to the acoustics on their stage.

Peg Leg Porker is a family owned, award-winning barbecue joint serving the best dry-rubbed ribs either of us had ever tasted. The pit master, Carey Bringle, has cooked at the James Beard House twice and continues to bring bold, original flavors to his meat.

Between meals, we shopped at the adorable women’s boutiques of Parish, Kittenish and e.Allen and the all-Nashville Lucchese Boot Co. for cowboy boots and country-themed apparel. Nancy made sure we stopped for an Instagram-worthy picture in front of the famous “What Lifts You Nashville” mural.

Beyond the busyness and glamor of downtown are the gems tucked around the campuses of Vanderbilt and Belmont. Make your way to Hillsboro Village, a quiet strip of shopping and restaurants that rivals Winter Park’s Park Avenue. Join the line of people gathered outside Pancake Pantry, a Nashville staple where everything, even the syrup, is scratch-made. Go all-in for sweetness with the Caribbean or apricot-lemon pancakes, or order the savory Santa Fe cornmeal cakes; there are no bad decisions. After breakfast, Nancy popped in-and-out of  boutiques while Kendra headed to Belmont Mansion. The largest house built in Tennessee before the Civil War, the impressive mansion has been almost entirely restored and is an educational, hour-long tour.

We reunited in Nashville’s oldest coffee shop, Bongo Java, for some 100 percent organic, sustainably sourced coffee. Resist the temptation to order your usual cortado and check out their signature drinks instead: Nancy followed the barista’s advice and ordered the Warm and Fuzzy, a honey, vanilla and cinnamon latte that tastes like a hug. Coffee in hand, take a quick, fifteen-minute walk to Nashville’s most famous shopping district, 12 South. Stop into Draper James, Reese Witherspoon’s store, for women’s clothes; White’s Mercantile, a modern general store; Imogene and Willies or Madewell for men’s and women’s clothes; Judith Bright for jewelry and Emerson Grace and Hero, for young women’s clothes. Treat yourself to a to-go beer from The Filling Station, or head to local fave Edley’s Bar-b-Que – literally every Uber driver, concierge or bartender we queried cited Edley’s or Martin’s Bar-B-Que Joint as the best.