There’s no denying that it’s spring in Central Florida now! The fire pit is done until autumn. You’ve already washed pollen off the car twice. Plus, Earth Day is just around the corner.

If you haven’t been working in your garden, you’ve at least thought a bit about starting one. Have you considered cucurbits? Don’t be intimidated – that just means vine vegetables like cucumbers and melons (yes, a lot of folks say watermelons are technically veggies). Check out the print edition of Edible Orlando for a cucurbit you should consider: the apple melon. In fact, that’s the picture up at the top of this week’s page.

Now, set aside those gardening gloves, and let’s head out on the town. Every week, writer John Graham wades through upcoming events for the week ahead and homes in on the good stuff – the five fun food events to see and do.

The very first Earth Day was April 22 because a weekday between spring break and college finals worked for college students. Earth Day is still officially April 22, but a lot of folks around Central Florida will celebrate this Saturday because … well, Saturdays are easier.

Edible Orlando will be part of the first Ward & Wellbeing Earth Day Block Party, organized by The Center for Health & Wellbeing with help from Crosby Wellness Center, Nourish Coffee Bar + Kitchen, Track Shack and City of Winter Park. The day starts with the Run for the Trees 5K at 7:30 a.m. with the block party from 8 – 11:30 a.m. Every 30 minutes, Edible Orlando Publisher Kendra Lott will have cooking demos and tips on seasonal, sustainable cooking. Other activities at The Center and in Ward Park include gardening classes, live music, family art and yoga/Zumba classes. 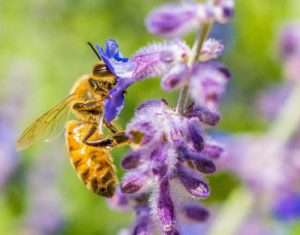 Honey Feast in Clermont is opening for the season on Sunday, 9 a.m. – 3 p.m., with a double whammy. This will be the first year you can buy honey in a new shop there at the apiary near Lake Louisa State Park. (Honey Feast honey is also in Publix and other local stores.) You might even catch them extracting honey or moving hives. Sunday will also be the first day this year you can pick your own peaches for $3 a pound. Honey Feast bought a neighbor’s peach orchard and are working towards eventually taking it organic.

Wednesday, Edible Orlando Editor Katie Farmand gets a head start on Cinco de Mayo with a Mexican cooking class at Winter Park’s Center for Health & Wellbeing, 11 a.m. – 12:30 p.m. The recipes will be grouper with salsa Veracruz, veggie tacos, and loaded taco salad. Tickets are $30. This is a demonstration-style cooking class, so you can relax, watch, and learn as Katie prepares the meal. You’ll get to taste everything and take home a booklet of recipes at the end. 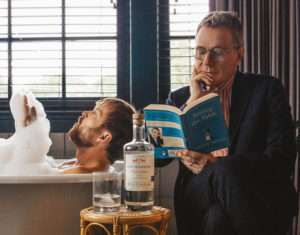 “Breaking Bad” stars Bryan Cranston and Aaron Paul have a mezcal, Dos Hombres. Wednesday, they’re making two Orlando appearances to promote the liquor brand. From noon to 2 p.m., they’ll be at The Liquor Library & Wine Market in downtown Orlando, selling and signing bottles. Later that night, starting around 4 p.m., the duo will be signing bottles at Bar Louie – Orlando Gateway. That’s the one by Orlando International Airport.

Thursday marks the anniversary of 1862’s Battle of Puebla in Mexico – aka Cinco de Mayo. It’s not a big celebration in much of Mexico, but in the USA, it’s become a day of tacos and cerveza and margaritas. Just about any neighborhood Mexican restaurant will celebrate somehow. Here’s a few local examples.

Marketplace at Avalon Park will celebrate 5 – 9 p.m., outside right next to the Marketplace. Food and drink will be done by both Pico de Gallo Mexican Grill and a sneak preview from The 1 Cantina, which officially opens on May 7. We’ve got our eye on the birria lamb tacos and cochinita pibil.

Hourglass Brewing in Longwood will start the night at 6 p.m. with kid-friendly piñatas, mariachi band at 7 p.m. and raffle tickets that get you swings at an “adult” piñata at 8 p.m. For beer lovers, Hourglass’ margarita-inspired gose Margs on Deck will be on tap, along with Mexican-style lager Batalla de Puebla. Wako Taco will also be revealing a new menu item.  You’ll also find Hourglass Brewing in the Edible Orlando Artisan Guide, Central Florida folks making delicious food and drink in small batches with quality ingredients.

The Brass Tap in Waterford Lakes is doing all-day specials: two tacos with chips and salsa for $5, $8 chicken nacho specials and $8 top shelf margaritas along with $3.50 Coronas, $4.50 Modelo and Pacifico, and $5 tequila pudding shots.