By John Graham on December 1, 2021 Do, Weekly Fun Food Ideas

Between now and New Year’s Day, you’re going to run into our old friend Champagne – maybe several times – not to mention their sparkling cousins prosecco and cava and crémant. Here’s a little advice on how to indulge with no regret from Orlando wine experts in the latest print edition of Edible Orlando.

Toast yourself! You made it through another week and the one ahead looks pretty promising. Writer John Graham has tracked down and sorted through what’s good for the week to come around Central Florida, Saturday through Friday. Lift a glass and don’t let the bubbles tickle your nose. 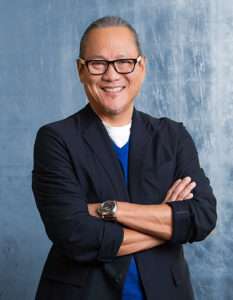 Iron Chef Masaharu Morimoto is appearing in person at two events this week at Morimoto Asia and Disney Springs. On Saturday, just 14 people will attend an omakase dinner featuring Yamazaki 55, a Japanese whiskey with only 200 bottles ever produced. Tickets are $5055 a person.  On Sunday, Chef Morimoto hosts the annual 12 Beers of Christmas with a dozen Florida-brewed holiday beers and pan-Asian gourmet bites (traditional okonomiyaki, takoyaki, sushi & raw bar and Peking duck). Tickets start at $95 plus tax and gratuity. Both events are 21+.

Saint Nick and chicken biscuits? Several Orlando restaurants are teaming up with City District Orlando for Brunch with Santa. This Saturday, 10 a.m. – 2 p.m., Santa is stopping at The Monroe. Admission is by the table. For example, a group of four pays $20 for a table and their Santa moment. Food and drink are ala cart from The Monroe’s brunch menu (chicken and waffles, local mushroom hash, and mimosas by the bottle.) Before Christmas, Santa Claus will also be stopping at Ember and Dexter’s Birdland. 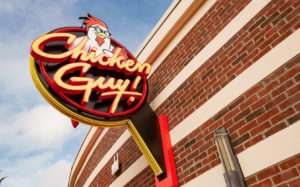 Guy Fieri’s Chicken Guy! restaurant is now open in Winter Park, the second Orlando location after Disney Springs. The focus is chicken fingers, fried or grilled, solo or in sandwiches or salads – along with 22 (at last count) dipping sauces. That includes Fieri’s signature donkey sauce (mayo, roasted garlic, mustard, Worcestershire sauce and lemon). That stretch of S. Orlando Ave. is very popular with chicken lovers — Popeyes, Chick-fil-A and PDQ are all a few minutes apart.

On Tuesday night, NOLA Avalon Park is cooking up a five-course dinner paired with wines by sommelier Taylor Cole from Paramount Beverage. Menu items will include BBQ gulf shrimp and grits, deconstructed muffuletta salad, and a Louisiana/Spain mash-up “gazpacheaux.”  NOLA opened in September at Marketplace at Avalon Park, and was created by Chef Kevin Brune from the Voodoo Kitchen food truck. The dinner starts at 6:30pm in the Marketplace’s Gathering Kitchen. Tickets are $89.99.