Last week, we mentioned the quick chef Q&As you can find at EdibleOrlando.com. Well, not every food creator you should know in Central Florida is a full-on classically trained chef. Farmers, brewers, self-taught bakers, and coffee roasters all fall under what we’re calling “artisans.” Check out more Q&A’s as well as our Artisan Guide to find your neighbors who are making some delicious stuff.

Did you realize that both Super Bowl Sunday and Valentine’s Day are coming up in the week ahead? Just don’t mix up the chicken wings and the chocolate-covered strawberries … unless you’ve got that kind of sweetheart! We’ve got the local lowdown for Super Bowl Sunday and Valentine’s Monday. Plus, there’s plenty of other food fun ahead in Orlando. Edible Orlando writer John Graham chases down what’s hot and happening in Central Florida and picks five biggies for the next week, Saturday to Friday. 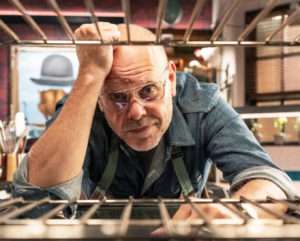 TV cook and host/creator of “Good Eats,” Alton Brown says his current touring stage show is his last. “Alton Brown Live: Beyond the Eats” pulls into the Dr. Phillips Center for the Performing Arts on Saturday at 8 p.m. Tickets start as low as $39.50, but the $189.50 VIP package includes soundcheck and an intimate Q&A. Follow Alton on social media to see where he eats while in Orlando this time. In 2017, he hit both Beefy King and Foxtail Coffee – and left an alligator paper towel dispenser in a downtown planter.

A charitable choice for Super Bowl Sunday would be the Super Soul Party at Exploria Stadium, starting at noon. In 2017, web personality Meir Kay invited six homeless people in New York City to watch the game with him. Now, that simple idea has expanded to dozens of cities each year – including, for the first time, Orlando. Super Soul Parties often include free food, haircuts, clothing drives, and simple camaraderie. There’s still time to volunteer. 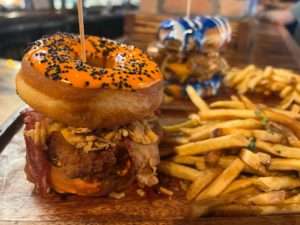 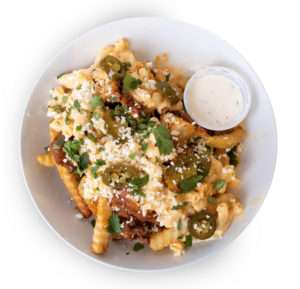 You can read an interview with 4 Rivers Smokehouse founder John Rivers in the latest issue of Edible Orlando magazine. Rivers talks about how his barbecue restaurants have allowed him to also develop the College Park urban farm and educational facility, 4Roots Farm.