One thing you’ll learn pretty quickly after meeting Kevin Fonzo is that this College Park chef and owner of K Restaurant is extraordinarily passionate about helping kids make the connection between what they put in their mouths and where it comes from. Over the last few years, he’s contributed his culinary talents to support the cross-curriculum study inside Edible Schoolyard at Orlando Junior Academy, a nutritional science lab where kids not only harvest the provisions for the school’s all-vegetarian lunch menu, but along the way learn about math and science too.

On Sunday, October 20 Kevin hosted a Sunday Supper, bringing together a handful of his culinary compatriots, including Kathleen Blake (Rusty Spoon), Henry Salgado (Spanish River Grill and Txokos Spanish Kitchen), Jamie McFadden (Cuisiniers’s Catering and BarJMe) and Shannon Talty (Olde Hearth Bread Co.), and raising just over $3,000 in support of OJA’s gardening program. From paella to freshly made beignets, the night’s fare was served outside in K’s expansive kitchen garden and adjoining backyard.

For those who missed it, here’s a selection of event pics as well as a link to where you can make a donation to support the Edible Schoolyard Project: www.edibleschoolyard.org/civicrm/contribute. 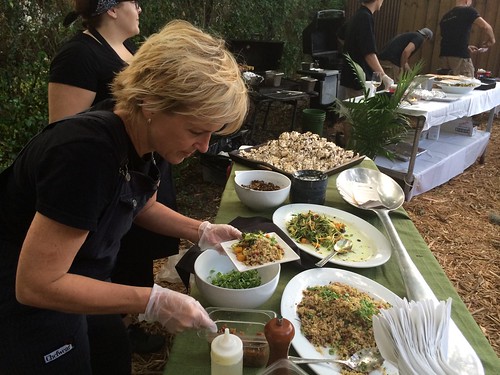 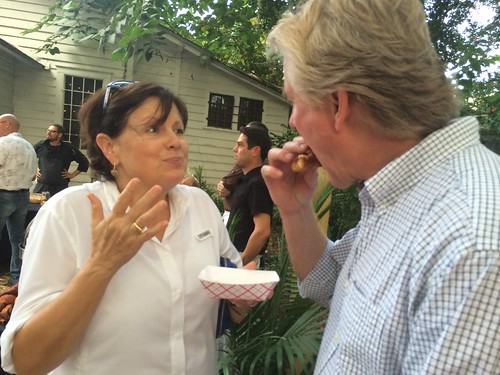 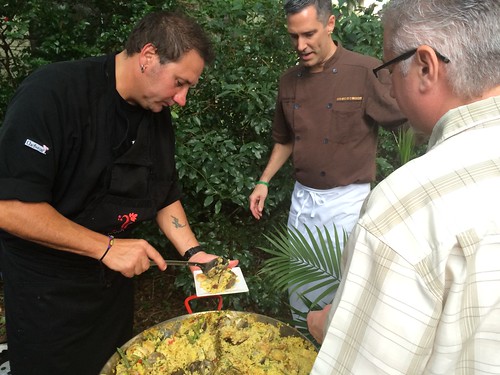 Henry Salgado’s paella gave us a taste of what’s to come at Txokos Spanish Kitchen, opening in December at East End Market. 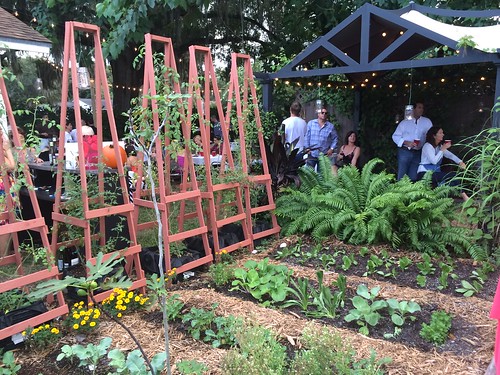 K’s garden was the perfect setting for this event. 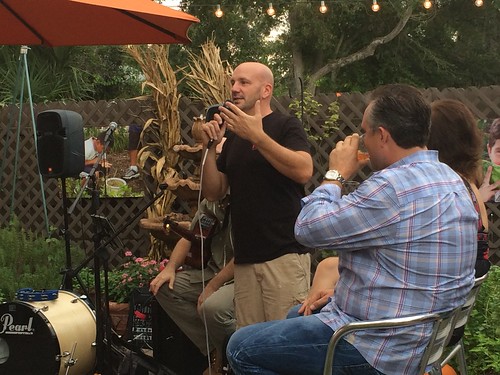 If you get Kevin started talking about Edible Schoolyard, it can be tough to get him to stop. 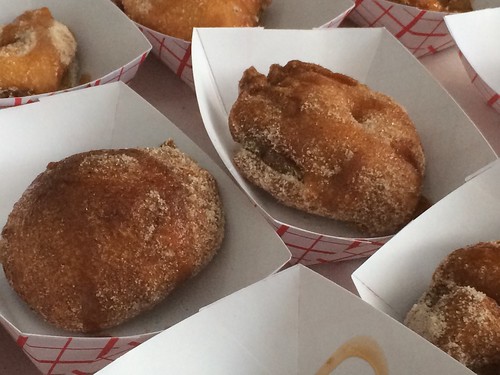 These freshly made beignets were definitely one of the event’s epicurean standouts.