“Imagine a table with the scientist next to the farmer, next to the nutritionist, the dietician, the physician and the retailer.” –John Rivers

The sound of heavy equipment and an occasional dust cloud surrounding the western edge of College Park is a portent of the change known as The Packing District. Nestled within the $700 million, 202-acre development of homes, apartments, retail and office space and parkland will be a seeming anomaly, a 40-acre urban farm and educational facility called 4Roots Farm.

The brainchild of 4Rivers Smokehouse founder John Rivers, this 18-acre farm campus within a 40-acre protected wetland will hold a discovery center, a convention and event barn, a teaching and demo kitchen, a farm-to-table restaurant, live concerts, art expos and vast education possibilities. It expects to start welcoming students early next year, and has already assembled a Saturday morning farmers market, recruiting local farms and suppliers, and garnered $5 million over the next three years from Dr. Phillips Charities. 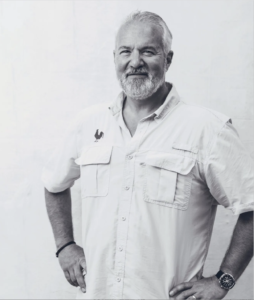 But what may be the most far-reaching and audacious part of the massive endeavor is a recent addition to the plan, a potentially revolutionary concept designed to directly impact individuals in the community: the Culinary Health Institute.

Like IKEA buying forests to supply wood for their furniture, Rivers is thinking vertically about the connection between food and health, linking produce to production to, for want of a better word, prescription. While there are several health-supportive facilities teaching nutritionists the value of food as medicine (including Rutgers University), very few are examining the relationship of food supply, eating and cooking to personal health.

“I started the process of looking around the country at culinary medicine,” Rivers says. “There are a lot of good ones in the country, but every other program is based in hospitals and colleges. So they’re buying the foods, and probably from far distances. Their model is, here’s a health-based menu, here’s an online cooking class, here’s how to learn more. Food as medicine is still a retail product.

“The one thing that jumped out to me is that we’re actually on a farm.”

Rivers makes a distinction between culinary health and culinary medicine. “We want to look at treatment of patient from a lifestyle holistic perspective. Medicine comes when you get sick.”

Rivers took his cue from a pilot program he developed with Advent Health, who wanted a medical-tailored meal program of pre-prepared meals around specific disease states like diabetes and cardiovascular. “We were in the throes of Feed the Need,” he says of the pandemic-focused program of meal preparation. “We were cooking 100,000 meals a week, going to the local farmers and getting their produce to create meals for families in need. The hospital asked, ‘can you make these meals for us, for specific diseases?’ We said, ‘let’s go down the path.’”

With the pilot showing substantial improvements in vitals and readmission rates, Rivers investigated further, looking at medical menus designed for specific disease states, including a successful test linking prostate cancer recovery and tomatoes. “I asked, ‘can you identify the specifics in tomatoes that are having an impact?’ I went to Lipman Family Farms, my tomato farmer in Immokalee, and discovered they could develop a plant high in those markers. We could actually breed and grow a ‘prostate tomato,’ or a ‘breast cancer orange,’ all from cross pollinating plants and developing soil recipes. I call them superseeds, and we’ll be growing them by what I call condition-based farming.”

When you think about barbecue, brisket, ribs and giant desserts does not immediately call healthy eating to mind. “The irony is,” Rivers says, “the ‘other business’ has given us the ability to do this enterprise.”

Rivers uses the phrase “to make a long story short” a lot in conversation, but sometimes his complex and at times inspired (and inspiring) stories need to be long.

“With the Culinary Health Institute, I want to do everything as much as possible in one place. So we’ll do the growing, the testing, seeing patients, teaching them how to cook, and back it up with the actual meals grown here. There’s nobody I know that is doing all components of that, and under a not-for-profit farm. And by sharing those results we want culinary medicine to become more commonly used by doctors and health-care professionals everywhere.”

He says, “Imagine a table with the scientist next to the farmer, next to the nutritionist, the dietician, the physician and the retailer. That doesn’t happen, and that’s how you improve outcomes.”

When plans for the 4Roots farm were announced in 2019, its primary objectives—food insecurity and waste, access to fresh produce and supporting local farmers—did not include culinary health. When people stood outside a converted tire store on Fairbanks Avenue in 2009 to get the first taste of 4 Rivers barbecue, the plan did not include building agricultural programs at Ocoee and Edgewater high schools, serving more than 1.7 million Feed the Need meals in 2020 and creating an educational farm with dining accommodations; a farm store; a café; an apiary and a special events barn. And in his previous career as a health-care executive, 14 restaurants across Florida weren’t on his mind.

So what is it about John Rivers that keeps him open to all this?

“I was so fortunate in the health-care space; that, plus a desire to help kids and a love of cooking, all came together,” he says. “The skills I learned enabled us to grow, the restaurant piece allowed me to grow the foundation and the charity work we’re doing. To change the world you start with your back yard; you set the example here.”

When Rivers first toured Orange County Public Schools, he saw what students were eating and heard about the enormity of local food insecurity, where one in five students in OCPS don’t know where their next meal, or any meal, will come from.

“There was a period in my life where I didn’t have food,” says Rivers. “That’s been a primary contributor for me.” And, he continues, “that’s where the farm as a distinct place came from seven years ago, and here we are today, waiting for permits to be approved.

“One year from now, we will have students on our campus learning about where food comes from, how to grow it, the importance of it in bodies … phase one is around education, we’re immediately working on phase two, the event center, restaurant and community aspect pieces,” he says. “All the while we’re building the model and the funding for the Culinary Health Institute.