We’re fans of fun recipes that substitute one ingredient for something new. You end up with a dish that’s familiar but still distinct. You could replace the cheese in your quesadilla with mashed sweet potato – or sub in grated Parmesan for breadcrumbs on your pork chops. Check out the latest print edition of Edible Orlando for a margarita with something new instead of tequila.

We’ve always got recipes, but you can also look to Edible Orlando for what’s going on around Central Florida. Writer John Graham has scoured the calendar and has this week’s hot picks for food and fun around town. 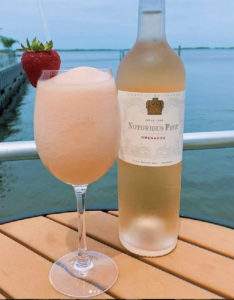 Summer is officially here on Tuesday, the start of those hot months when drinking rosé is most de rigueur. Over at Pointe Orlando on Saturday, noon – 5 p.m., The Hampton Social is getting a head start with The Pink Party. General admission is about $75 with fees and taxes. That gets you a welcome glass of Notorious Pink rosé, culinary bites, four immersive rosé tastings, a “garden oasis experiential pop-up,” and live DJ sets. Multiple VIP and group packages are also available. Summer chic dress is required. Pink is encouraged.

Sunday is Father’s Day. More than 2000 dads were surveyed and only two (two!) said they wanted a tie for Father’s Day. How about a meal? EdibleOrlando.com already had a pretty good list of Father’s Day brunches, lunches and dinners, but here’s a few more: Haven Lounge at Lake Nona Wave Hotel is doing “Brunchcation” buffet, 11 a.m. – 3 p.m., with a beer and whiskey cart. Over at Grande Lakes Orlando, Highball & Harvest is brunching it up from 11:30 a.m. – 2:30 p.m. and Knife & Spoon has dinner 5:30 p.m. – 10 p.m.

Thought about keeping chickens in your backyard? They eat ticks and termites – and even some of your garbage. In trade, you get fresh eggs and fertilizer. Yes, there’s the clucking, but hens usually don’t get louder than human conversation. Wednesday morning, 10 a.m.-noon, UF/IFAS Extension Orange County is having a free Zoom class on backyard chicken coops. The class is required if there’s an ordinance for backyard chickens in your neighborhood, but it’s also a good idea if you’re just thinking about it. Registration is required and if you can’t do Wednesday, the class repeats on July 27. 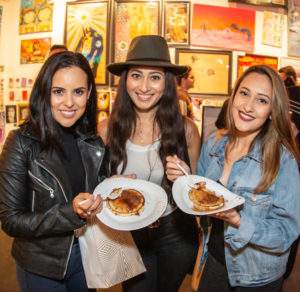 Sometimes, an event’s name says it all – like Thursday’s “Pancakes & Booze Art Show.” Starting 7 p.m. at downtown Orlando’s The Abbey, the flapjacks and hooch are the lure so you also check out 300 artworks by 75+ local artists. The pancakes are all-you-can-eat. The alcohol is pay-as-you-go. The concept has popped up in in dozens of cities since its Los Angeles debut in 2009. If you hurry, you might get a $10 ticket, but the price goes to $15 at seven days out.

Christner’s Prime Steak & Lobster celebrates its 29th anniversary on Friday, 5 – 10 p.m., by donating 100 percent of the night’s dining proceeds (not counting alcohol) to charity. Aspire Health Partners is a non-profit behavioral healthcare organization providing prevention, intervention, and treatment across Central Florida. If you’d like to enjoy a prime ribeye, lobster mac and cheese and strawberries Romanoff while helping a local charity, you can make reservations at 407-645-4443 or on Christner’s website.