Have you seen “Is it Cake?” on Netflix? Hosted by Mikey Day from “Saturday Night Live,” celebrity judges try to guess if they’re looking at bowling balls and hamburgers and designer handbags – or edible replicas made of chocolate cake and fondant. We’d like to see what Orlando’s Jillycakes could do on the show! That’s Jillycakes’ taco cake up there at the top of the page. Make sure to check out Jillycakes and all the other wonderful local folks working their culinary magic in the Edible Orlando Artisan Guide.

We don’t expect you to keep track of all the food and fun coming up over the next seven days here in Central Florida. That’s our job! Edible Orlando’s John Graham is always on watch for what’s new and about to break through. Here’s five things you ought to know about in the next seven days.

“Hot & Spicy!” is the theme for this Saturday’s 28th annual Taste of Oviedo. All food vendors must include one fiery (or at least warm) item on the menu. Like in years past, Taste of Oviedo will be outdoors in the Oviedo Mall parking lot, 10 a.m. – 6 p.m. Most sample-sized food and beverage options are between $1-$5. In addition to the noshing, local musicians, dancers, and martial artists will provide entertainment through the day as well as Oviedo Roots Farmer’s Market. Admission and parking are free. Taste of Oviedo is produced by The Oviedo-Winter Springs Regional Chamber of Commerce and the City of Oviedo.

If you like “spicy,” check out our recipe for Spicy Mango Relish. It works with fish, shrimp, chicken, or even just some some tortillla chips! 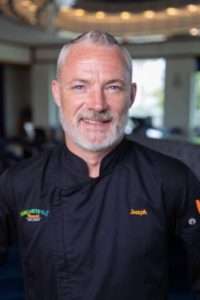 In February, Executive Chef Joseph McFadden of Euphoria Fish House at Margaritaville Resort Orlando represented the United States in the World Tapas Competition in Spain. Saturday at Euphoria, 5 – 10 p.m., Chef McFadden will offer a one-night-only menu inspired by the experience. That includes his three-way duck “small plate” that was part of the competition – a crispy duck skin cone filled with duck liver and cognac parfait, smoked duck breast, Peking sauce and garnished with cucumber and white scallion. Other tapas will be Spain-inspired, including sea scallops with potato crisp, chorizo and sherry-stuffed cremini mushrooms, and vodka- and beet-cured salmon. Reservations are a good idea.

Each month, the folks behind FusionFest stage a Diversitastic! Dinner celebrating the food of a different culture. Sunday at 1 p.m., it’s more of a big lunch celebrating Korea. Meeting at Oshio Korean BBQ near Universal Orlando, the menu includes pot stickers, seaweed salad, beef bulgogi, kimchi stew, and green tea tiramisu. A cultural presentation will include everything from a chef talk to traditional singing and dancing to K-Pop. Buying Diversitastic! Dinner tickets ($49.95) supports family-owned restaurants and artists in Central Florida. 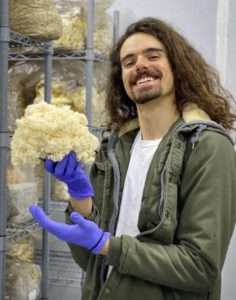 We’ve been wanting to tell you about Mead Botanical Garden classes with “Fungi Jon,” but they always seem to fill up before that week’s e-mail goes out. So far, you can still get in this Sunday’s “Florida Mushrooming with Fungi Jon”, 2-6 p.m. “Fungi Jon” Martin is a mycologist and mushroom farmer who’s been teaching identification classes since 2015. The class covers both an indoor ID workshop and an outdoor stroll to see what Florida mushrooms are in season. Tickets are just under $50 a person.

The fourth annual Sebring Soda Festival runs Friday through next Sunday, a chance to sample more than 200 fizzy, bubbly soft drinks from around the world. A few labels from last year include Jackson Hole Snake River Sarsaparilla, Zuberfizz Key Lime Cream, and Frostie Strawberry Watermelon. Sebring is about two hours drive south of Orlando in Highlands County, although it’s also on Amtrak. Festival admission is free, but you need to buy a Soda Tasting Punch Card to try to different pops and those run $5-$20 depending on how many samples you can handle. The festival kicks off Friday with the Fizzy Family Fun Night, 5-9 p.m., with food trucks, entertainment sampling of 50+ sodas that are different from Saturday and Sunday. Those tickets are $50 for a group of up to four.