It makes sense that May is National Salad Month. As temps creep up, you want something light and cool. National Salad Month was created in 1992 by the Association for Dressing and Sauces, but we won’t tell them if you make the dressing yourself. Check out the latest print issue of Edible Orlando for a crunchy Spring salad with citrus, spiced seeds and feta. It’s inspired by the menus of HAVEN and BACÁN, two restaurants you should try at the Lake Nona Wave Hotel.

Each and every week, writer John Graham sorts through upcoming fun food events and pulls out the big five. Read through for the full scoop, but here are the headlines for the week ahead, Saturday to Friday.

Break out the sundresses and seersucker! On Saturday, 1-5 p.m., Loews Sapphire Falls Resort at Universal Orlando is hosting the Ultimate Garden Party. It benefits Second Harvest Food Bank of Central Florida. The afternoon promises tasty hors d’oeuvres and libations, live entertainment, silent and live auctions, and casino games. Among those hors d’oeuvres, attendees will find mini beef Wellington, charcuterie, and flatbread station. Trunk show vendors will also donate 25 percent of sales back to Second Harvest. Tickets are $150 per person or $250 for VIP. 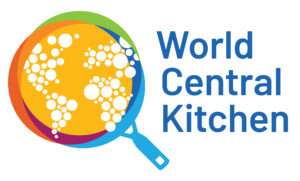 More than 20 restaurants are facing off Saturday, 7 -10 p.m., for the annual Space Coast Wing Battle at 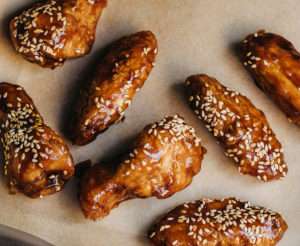 Melbourne’s Wickham Park. That’s wings from restaurants specializing in Jamaican, Mexican, Vietnamese, Barbecue, Puerto Rican, Southern, New England cuisine and more. A $50 ticket gets you unlimited wing samplings and unlimited domestic beer and hard seltzer. New this year is a $75 VIP option that gets you in at 6 p.m. and includes unlimited liquor and cocktails. At the end of the night, there will be both a people’s choice winner and a blind taste test winner. The Children’s Hunger Project will get 15 percent of proceeds from dessert sales. No pets and no one under 21.

Taste of Baldwin Park kicks off Thursday night, 5:30-9:30 p.m., in Harbor Park. That’s unlimited tastings from 25+ restaurants as well as beer, wine, specialty cocktails and live music. Just a few of the restaurants dispensing tasty tidbits will be Mohawk Smokehouse, Hamilton’s Kitchen at The Alfond Inn, Tibby’s New Orleans Kitchen, and Sweet by Holly. (You’ll also find Sweet by Holly in the Edible Orlando Artisan Guide, Central Florida folks making delicious food and drink in small batches with quality ingredients.) Taste of Baldwin park online sales go through Friday, May 20. After that, a $55 general admission ticket goes up to $69 for day-of. There are also multiple VIP options. The night benefits the non-profit Caring by Sharing United.

We close out the week with an event that doesn’t hit until July, but it’s already sold out and you need to get on the waiting list now for a chance at attending. Taste America meals are being held around the country, bringing together chefs to celebrate local independent restaurants. The Orlando dinner, July 12 at 6:30 p.m., brings together Chef Henry Moso of Kabooki Sushi with Seattle’s Chef Taylor Thornhill of beef-focused Bateau. Taste America is led by the James Beard Foundation and Open for Good campaign, committed to helping independent restaurants survive the pandemic, rebuild better, and thrive for the long term. If more tickets become available, they are $350 for two people.