Between November 11, 2020 and January 19, 2021, six events that celebrate the powerful food legacy of ancient Italy will take place throughout Orlando. Pompeii’s Table: Sublime and Ancient Food That Survived Vesuvius’ Fury, was conceived by local freelance writer, food writer and playwright Joseph Reed Hayes in support of the Orlando Science Center exhibition, Pompeii: The Immortal City, which opened on October 26 and runs through January 24, 2021.

A baker’s dozen of Orlando’s most inventive chefs, culinarians and creative artists joined the Pompeii’s Table project to present six culinary and artistic events that will explore the history and food of Pompeiian kitchens. Challenging the chefs to work solely with ingredients available at the time, each dining experience is an experiment in creativity. Chefs who operate in a world that equates Italian food with tomatoes, peppers, or eggplant, must build menus without those new-world foods, unavailable to Pompeiian cooks. But seafood, goat, quail, game, cheese, fermented fish sauce, olive oil, wines, and a world encyclopedia of spices—very much yes. Plus, the odd cheesecake, jelly donut, fried chicken, and hamburgers, all of which appeared on Pompeiian plates. 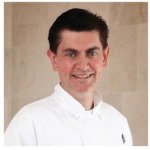 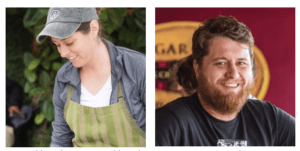 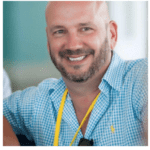 Chef Kevin Fonzo prepares a modern-day celebration of the ancient Roman predecessor of Christmas. The festival of Saturn in December was a period of general merrymaking during which Romans feasted, sang, and played music.

Pompeii’s Words: A Poetic Exploration
Timucua Arts Foundation, 2000 S. Summerlin Ave
An evening at the extraordinary Timucua Arts Foundation features Orlando Poet Laureate Susan Lilley, animator Anna McCambridge-Thomas, and ancient stories from the obscure to the ridiculous gleaned by Hayes. Of course, there will be some Pompeii-inspired food and wine to share. $10-20 suggested donation 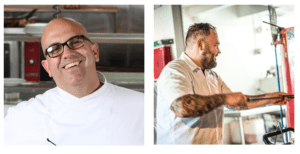 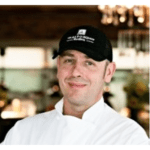 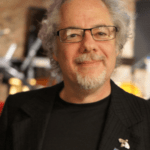 Pompeii’s Table creator, freelance writer, playwright, and events producer Joseph Hayes has been writing about the Orlando scene since 1997. As the only independent producer presenting work during this series of artistic partnerships with the Orlando Science Center, Hayes envisioned the Pompeii’s Table events to celebrate Italian cuisine and its unique heritage. He has travelled extensively for 20 years in the Campania area around Pompeii, researching the foodways and culture of the area. He writes for national and international publications about food, travel, and the arts, and has won five Florida Magazine Association “Charlie” Awards for his food writing. With 42 productions and readings of his plays from coast to coast and in three countries since 2001, he continues to explore new environments for theater and jazz.

About Pompeii’s Table
Pompeii’s Table is made possible through an arts and cultural partnership with Orlando Science Center and the Orange County Arts and Cultural Affairs Office to support the event, Pompeii: The Immortal City, open to the public from October 26, 2020 to January 24, 20201, at Orlando Science Center. Info and tickets at www.osc.org/pompeii. Special thanks to the Orange County’s Arts and Cultural Affairs Advisory Council, and its Blockbuster Committee and Tourism partners.