Summer’s over. Carbs are in. Celebrate the end of bikini season with a five-weekend, fall-inspired pour tour on the Central Florida Ale Trail.
by Amy Drew Thompson

This is Week 2 of a five-week series. For Week 1, click here.

That said, for this fiver, your appetizer is Winter Springs’ Red Cypress Brewery, where Head Brewer Garrett Ward’s operation is putting out a new offering every two to three weeks. IPAs to sours, pilsners to big, chocolate-coffee stouts. “We like to provide something for everyone,” he says, adding that they’re stamping passports just about every day.

Red Cypress is a national award winner, and if you pop in on Sundays, you can enjoy a yoga class in the Zen presence of its shiny fermenters. Bonus: The benefits of savasana are prolonged by a post-pranayama pint.

A quick, scenic ride over Lake Jesup on the 417 and you’re up in Sanford, where order matters not. Each is an easy amble to the next, though a good strategy might have you finishing up at Sanford Brewing, where live music and a vast menu of food – custom mac and cheese, anyone? – await. Fans of sour beers will likely love Deviant Wolfe’s impressive array, including the Sour Not Sorry IPA.

Mother of the year, I brought my 9-year-old and our special edition Simpsons Uno and we played while I sampled. But I wasn’t the only patron with a tot in tow. In fact, many of the breweries on the Ale Trail happily cater to thirsty parents whose (well-behaved) children and dogs are welcome. 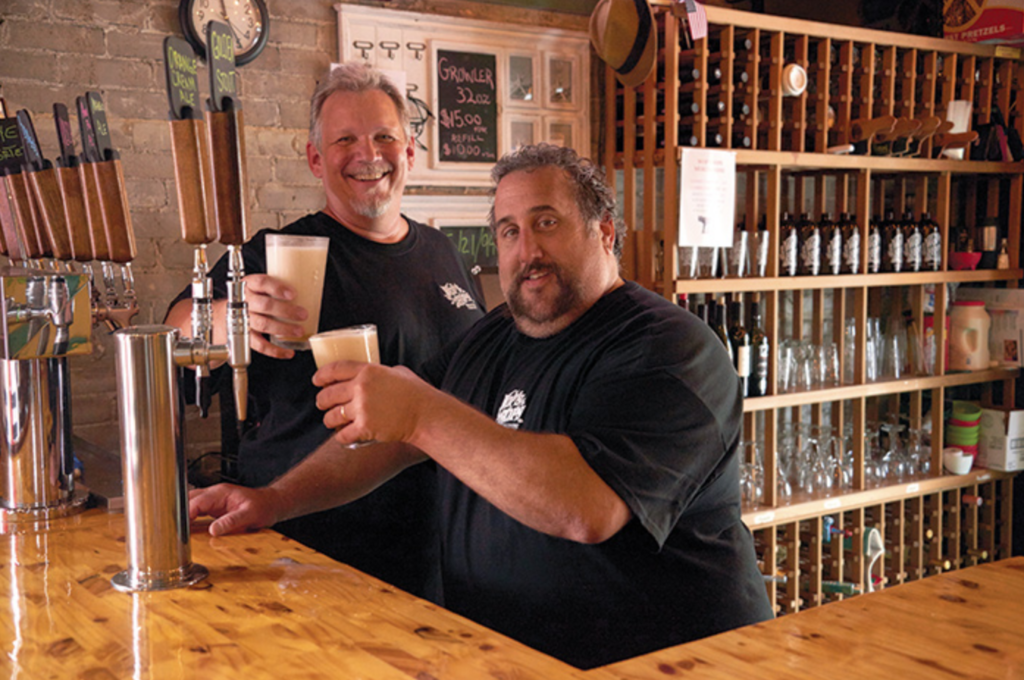