Both trained chefs and home cooks alike are always on the hunt for a perfect recipe. It’s nice to know that, sometimes, they find that perfection by turning to their own family or heritage. In the current issue of Edible Orlando, we collect five favorites – from a Haitian-influenced mac and cheese to German apple strudel to those down-home fried green tomatoes up top. They’re all worth adding to your own family recipe collection.

As we head into the Labor Day weekend, Edible Orlando writer John Graham has gone over what’s up in the seven days ahead and picked out five best bets for food fun to come.

HertaBerkSchwein Farm raises pork and eggs about an hour west of Orlando in Groveland. Saturday, 2 – 10 p.m., the property is opening to the public and bringing in other farmers and vendors for Florida Farm Fest. The farm hopes it will be a chance for people to learn more about local farmers and what they produce. The day includes farm tours, animal petting, bounce houses, live music, face painting and fresh produce for sale. Tickets on the festival’s website are free, though parking is $15 ($10 in advance) and VIP parking is $20. 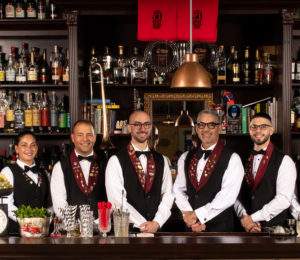 Tibby’s New Orleans Kitchen is celebrating “Halfway to Mardi Gras” all of September at both the Winter Park and Altamonte Springs locations, including a $24.95 three-course prix fixe dinner, Monday – Thursday, 4 p.m. – close. They call it “The Louisiana Purchase” and options include shrimp or chicken gumbo, shrimp or crawfish etouffee, jambalaya, half a muffuletta or po’boy, and beignets or bread pudding. Traditional Mardi Gras king cakes will be available with a limited daily supply for $18. Drink specials for the month include $6 hurricanes and $11 king cake martinis (cake vodka and Goldschläger in a sugar-rimmed glass). 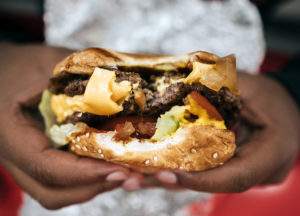 If you don’t feel like cooking up your own burgers on Labor Day Monday, you can both get fed and help Second Harvest Food Bank of Central Florida. The first Monday of every month, a bunch of local Five Guys burger shops donate 10 percent of their sales, 5 – 9 p.m., to Second Harvest. (Here’s the full list of locations.) When else can you tear into an Oreo milkshake for charity? Last year, Second Harvest Food Bank of Central Florida distributed enough food for 97 million meals in Brevard, Lake, Orange, Osceola, Seminole and Volusia counties.